“By conservative estimates, LGBTQ+ individuals make up approximately 4.5% of the US population, but account for 8%—approximately $1 trillion—of the country’s disposable income.”

Because of the long history of discrimination again members of the LGBTQ community, these consumers are rightfully conscious about aligning with brands that share their values on civil rights.

“LGBTQ+ consumers also are more likely than members of other groups to seek out brands that represent and include them, to reward those that show sustained support of LGBTQ+ friendly media and causes, and to remain loyal to brands that are loyal to them.”

How your brand shows support or engages your LGBTQ fans matters a great deal to those people, as well as those who don’t identify as members of the LGBTQ community but have sacrificed a great deal to advocate for them. And there’s no better way to do so than to promote these voices within your influencer marketing program.

“Support brands and companies who show up for the LGBTQAI+ community, NOT the ones who capitalize on our rainbow.”

Aside from ignoring Pride Month altogether, the worst thing you can do is take advantage of the holiday to make it all about your brand. What is most important is that when you show support for any group that’s been marginalized, misunderstood, and discriminated against by society, you do so with an earnestness to make an impact for good on behalf of those people. In conclusion: Build relationships with your LGBTQ+ audience this year by celebrating and supporting Pride Month.

Pride Month is an opportunity for members of your audience to see you actively show support for members of the LGBTQ community. By collaborating with LGBTQ  influencers, you will not only promote those voices, but you will also benefit from building relationships with those on the front lines of civil rights activism. Not sure how to find the perfect influencers for your brand? Discover your ideal influencers in just a few clicks with GRIN. As the new “it” generation, Gen Z doesn’t just move the needle for the fashion 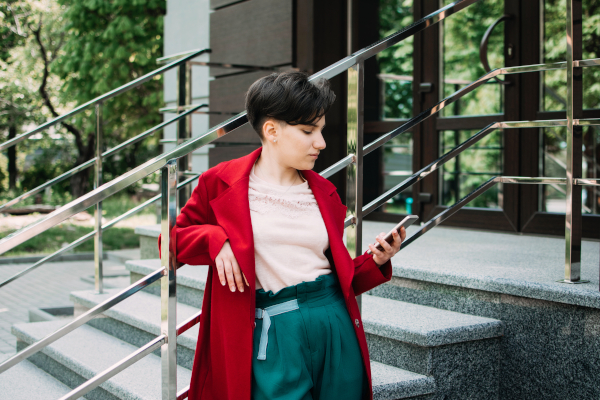 Generation Z is taking social media by storm, both as the fastest-growing user base and next batch Originally from San Antonio, Sarah studied advertising at the University of Houston and decided to stay in the city upon graduation. She is particularly interested in SEO for social media platforms and tracking the latest influencer content trends. When she's not putting pen to paper, she's baking, painting, or hanging out with her dog.