Top 10 Business Influencers Who Can Help Grow Your Brand

Business influencers have a significant impact on how business is carried out today. These influencers will motivate you to dream big and believe in yourself. They will also teach you a few crucial lessons to succeed in business.

Huffington has been recognized by various media outlets as one of the top business influencers, appearing on The Guardian’s “Top 100 in Media List” and Forbes’ “The World’s 100 Most Powerful Women.”

Born in Greece, this business influencer has written many articles and authored 15 books. The famous entrepreneur, mother, author, and speaker is known for maintaining success and balance in all of her business ventures.

Saygin Yalcin is a German entrepreneur of Turkish descent. He is the founder and CEO of SellAnyCar.com. He founded the first and largest online private shopping club in the Middle East, Sukar.com. He is also a partner at Jabbar Internet Group.

Currently living in Dubai, the shrewd businessman is also one of the most popular social media business influencers. His YouTube videos cover advice from him and others about turning one’s ideas and dreams into a reality.

The respected businessman conducts guest lectures at the Canadian University of Dubai and has several other achievements to his credit. He’s been given the title of “Technology Innovator of the Year” and referred to as “the region’s online business guru” in the Middle East.

Motivated by Oprah Winfrey’s Harpo Studios, Inc., Melinda left her television career to pursue her business dream and created an award-winning production company that skyrocketed her into her role as one of the leading small business influencers.

As the CEO and founder of Quintessence Multimedia, Melinda has worked for big names like Johnson & Johnson, Verizon, Enterprise Rent-A-Car, Comcast, and others.

Melinda hosts a weekly talk show on Twitter, SmallBizChat, that discusses everything about launching and running a profitable small business to help other individuals become small business influencers as well. The veteran entrepreneur has numerous awards and accolades to her credit. She has authored two books and written many social media articles.

Ferriss is also an investor and advisor to startups such as StumbleUpon, Posterous, Evernote, DailyBurn, Shopify, TaskRabbit, and more.

Till now, Ferriss has published five books, and he is the man behind the bestselling book Four-Hour Work Week. The book has been translated into 35 languages and sold over a million copies worldwide.

He also created a blog titled “TheFourHourWorkWeek.com” before the book’s launch. As one of the most sought-after business influencers, he hosts the podcast, “The Tim Ferriss Show” in which he offers tips on various topics.

Marie Forleo is an American entrepreneur, writer, life coach, and motivational speaker. She is also the host of MarieTV, a web television series.

Marie Forleo is not only a business influencer but also the owner of Marie Forleo International and B-School. The lifestyle expert teaches smart business marketing strategies and conducts dynamic training programs for business owners and individuals.

The young business influencer, through her free and paid programs, offers advice on succeeding in business and life. She is dedicated to helping people reach their full potential and achieve their dreams.

Her bestselling book, Make Every Man Want You: How to Be So Irresistible You’ll Barely Keep from Dating Yourself! has been published in sixteen different languages.

Her work as a business influencer has allowed her to be interviewed by Oprah Winfrey and Tony Robbins. And she has counseled young business owners at Richard Branson’s Centre of Entrepreneurship in South Africa.

Richard Branson is a British business influencer who started Virgin Records, a record company, in the early 1970s. He is better known for his multinational Virgin Group.

Starting as a teenager with the magazine Student, his unusual business and management practices have created a multi-billion empire that includes an international airline.

The Virgin Group has now expanded to several countries around the world, and the businesses include a train company, a luxury game preserve, a mobile phone company, and a space-tourism company, Virgin Galactic.

Branson is famous for his adventure stunts and has set records in powerboat racing and hot-air ballooning. He is also known for his brief appearances on several TV shows and films and has received several awards.

Lori Greiner is an American inventor, entrepreneur, television personality, and author of the bestselling book Invent It, Sell It, Bank It.

She holds 120 U.S. and international patents and has invented more than 600 products. These products are featured in her show, “Clever and Unique Creations” on @QVC and in top magazines such as The Oprah Magazine and InStyle

Lori’s first product was a specialized jewelry box. The product was a quick success and eventually encouraged her to launch a new line of complementary items. As one of the most successful business influencers, she has dealt with all kinds of useful lifestyle products.

Currently, she is a host on ABC’s Shark Tank and is known to have a net worth of several million dollars.

Cynthia Johnson is an author, speaker, entrepreneur, columnist, and one of the most well-known business influencers in 2019. She is most known for being the CEO and co-founder of digital marketing and personal branding agency Bell + Ivy in Santa Monica, CA.

Most recently, Cynthia has become an author. Her first book, “Platform,” was published in February 2019 by Penguin Random House publishing.

Martha Debayle is an entrepreneur, keynote speaker, and radio and TV host who has grown to become one of the largest business influencers.

She is most known in Spanish-speaking countries, more specifically Mexico, because of her ability to have valuable connections with her audience through broadcast and publishing platforms.

Debayle is the president and founder of a Mexican multimedia company, The Media Marketing Knowledge Group. As a business influencer, she targets women and young parents as well as small businesses with her commercial branded storytelling strategies for advertising campaigns.

Her MMK Group holds five brands under its belt, including BBmundo, moi, The Beauty Effect, Martha Debayle, and Eugenia Debayle. Each company strives to educate individuals on how to become the best version of themselves.

Currently, Debayle further markets herself as one of the biggest business influencers through her keynote speaking appearances and other content distribution projects. Her social following has grown to over 2.4 million, and her YouTube channel, filled with informational videos, has amassed over 816k subscribers.

Amy Jo Martin has become one of the top business influencers through her work as an author, speaker, and entrepreneur, and she is the founder & CEO of Digital Royalty.

She has built a prime example of what a small business influencer is since 2009 when she founded Digital Royalty, one of the first social media agencies. Invested by Zappos.com CEO Tony Hsieh and NBA player Baron Davis, Martin set out to help corporations, celebrities, and sports professionals humanize their brands to better connect with their respective audiences.

Aside from her company, Martin is the host of her very own podcast, “Why Not Now?”, as well as a New York Times best-selling author for her book, “Renegades Write the Rules.”

She most recently created her Renegade Brand Bootcamp, a three-month training program to help female entrepreneurs and company founders achieve their highest potential in the workplace.

Follow the above business influencers to get to know them better and be inspired by them.

Do you think we have missed any important business influencers? Let us know in the comments section below. 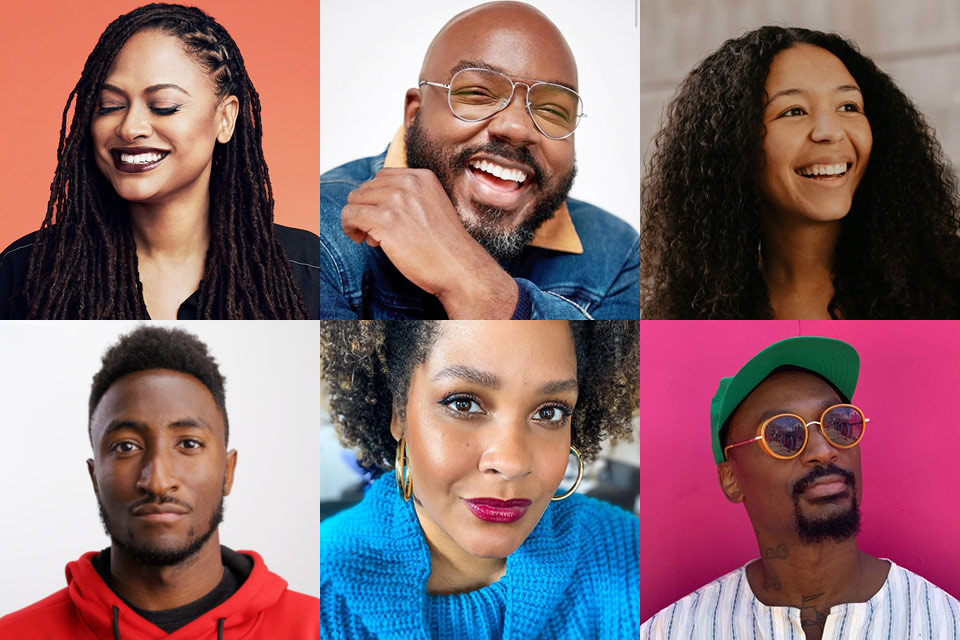 25 Black Influencers Who Are Making History Top Tech Influencers That Brands Should Keep an Eye On