Get the Influencer Types: Which is best for your brand Quick Guide
Give me the Quick Guide!
10 Nov 2021 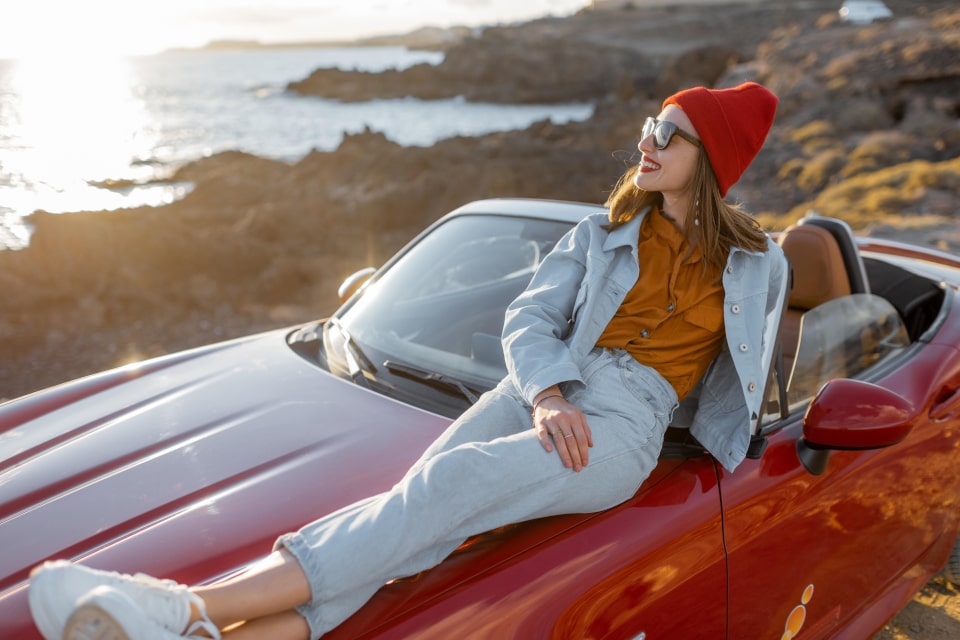 Purchasing a new or used vehicle is one of the largest buying decisions a consumer will make. As such, automotive industry brands need to consider how they educate potential buyers to help them make the most informed decisions possible. From brand awareness to eventually driving off the lot, automotive influencers with a dedicated and engaged following are the perfect partners to help retailers steer car-buyers through the customer journey.

What is a car influencer?

A car influencer creates digital content focused primarily on the automotive industry. These creators have a minimum of 1,000 engaged followers that have been naturally accumulated through compelling content and genuine interactions. A successful car influencer is a trend-setter and can persuade their audience to make the right choices when it comes to cars, parts, and accessories.

Buying a car is a major expense for most people and research shows that the automotive consumer journey almost always starts online. According to Think with Google, 95% of vehicle shoppers use online resources to find answers to car-buying questions, and spend about 14 hours online before making a final decision. This trend led to a 65% spike in “test drive” videos on Youtube – one of the largest hubs for car influencers – over the past two years.

According to Business Wire, friend and family recommendations are the single-most influential source for car-buyers. This makes influencers who have built trust and credibility with their audience the perfect partners for automotive brands that want to get their products in front of consumers looking to make an informed buying decision.

While prospective buyers spend most of their time researching their purchase online, the percentage of vehicles sold entirely online is well under 10%. Car shoppers, however, are increasingly open to the idea of completing the entire car-buying process online– especially as a result of the pandemic.

Toyota partners with a wide range of influencers, but one of their more successful campaigns came from a collaboration with YouTuber Louis Cole, better known online as FunForLouis. Toyota sponsored Louis’ road trip down the California coast, which he vlogged about daily on his YouTube channel.

Mercedes loves using branded hashtags when working with notable influencers. The company typically collaborates with travel and adventure creators who provide a behind-the-scenes look at their lives with the Mercedes-Benz brand serving as the backdrop.

Cadillac ran a successful partnership with Nick Wooster for Milan Fashion Week in 2016. The Fashion consultant showed off various Cadillac models to his nearly 1 million Instagram followers and helped the brand reach a new demographic.

Types of influencers that work for the automotive industry

There is a wide variety of creators that can find success as automotive influencers. With 276 million vehicles registered in the United States and 91% of American families having access to a car, the automotive industry is relatable to virtually anyone with a social media account. Even the infamous OJ Simpson “car chase” in 1994 boosted Ford Bronco sales by nearly 24%, proving that a captivated audience is not to be underestimated when it comes to driving sales.

That said, there are a few specific types of creators brands should target as automotive influencers:

From technicians to racers, the automotive industry used to be dominated by men. But gender representation has found its level over the years. And considering women influence or directly make 85% of all automotive buying decisions, a new wave of female automotive influencers has become of utmost importance for brands hoping to drive sales through influencer marketing. Fortunately, there are plenty of women in the auto industry crushing it on social media and becoming true champions for their favorite brands.

Most successful platforms for automotive influencers

With more than 2.85 billion monthly active users, Facebook is still the king of social media. Its users skew to an older demographic with more disposable income for expensive products. Most successful automotive influencers have a brand-specific Facebook account they use to reach these users through photos, videos, and engaging live feeds.

YouTube also boasts more than 2 billion monthly active users and is perhaps the most popular platform for automotive influencers. YouTube creators produce some of the highest quality content, and the platform’s library of long-form video allows influencers to give their audience a comprehensive look at whatever product they are promoting. This is especially important for car-buyers who want to learn everything they can about a vehicle before making a purchase.

Instagram is by far the most personal of the three platforms. Influencer marketing thrives on leveraging genuine, authentic, and engaged brand-creator relationships – and perhaps no platform does this better than Instagram. The platform also makes it much easier for retailers to branch out into other industries to find influencers in different niches to promote their brand through quick posts or stories.

A post shared by Alex – that girl with the cars (@supercarblondie)

Alex Hirschi is an Australian influencer who worked as a broadcast journalist until 2017 before launching her Supercar Blondie brand. She now lives in Dubai with a mission of hunting down the world’s coolest cars.

Alex was named one of the top 30 most influential women in the Arab world by Arabian Business in 2019 and Influencer of the Year by Esquire Middle East. She was most recently awarded Breakout YouTuber of the Year by Shorty Awards in 2020.

Hertrich Eugene Jr., aka Hertlife, is a car enthusiast turned influencer with a passion for burning rubber. He is also the content manager for Hoonigan Industries, an apparel company for drifting, burnout, and donut junkies.

When he isn’t providing his Instagram followers with regular car-build posts and high octane content, Hert can be found on Twitch where he streams drifting and racing games while chatting up his viewers.

Sophia Floersch is a German racing driver and is considered one of the most promising up-and-comers in motorsports. The 22-year-old first started racing karts at age 4 and now races professionally in the Deutsche Tourenwagen Masters grand touring car series.

Sophia is an outspoken advocate against discrimination and sexism women drivers face. She recently criticized a separate women’s Formula 3 championship as a “step back on a sporting level” that is “not the way to help women in motorsport.”

Brehanna Daniels is a NASCAR tire changer and the first Black woman in a NASCAR Cup Series pit crew. She was also a member of the first female duo to do pit crew work and was honored at the 2020 NASCAR Drive for Diversity Awards in 2020 where she received the Crew Member Award.

Outside of racing, Brehanna owns her own clothing line and even appeared as a competitor on Dwayne Johnson’s NBC reality competition series from NBC, The Titan Games.

David Patterson, aka ThatDudeInBlue, started with a goal of working in Hollywood before he shifted to filming cars. He now hosts everything from car reviews, project car builds, documentaries, drifting, and more.

When he isn’t entertaining his more than 1 million YouTube subscribers, David is running his company Patterson Car Care, which provides “everything you need to wash your car.”

Emelia Hartford is an actor, producer, car builder, and driver who prides herself on challenging social norms as a leading female in a male-dominated automotive industry.

Emelia hosted Velocity’s SEMA: Battle of the Builders, and appeared on season 2 of the Netflix series Fastest Car. You can also find her content on her YouTube channel where she builds and races cars.

Freddy Hernandez, better known as Tavarish on social media, is a Russian influencer known for buying, modifying (and breaking) cars. Most of Tavarish’s content involves buying beat up luxury vehicles, fixing them, and then selling them.

Tavarish got his start as a writer for Jalopnik and is now a full time video creator with more than 2 million subscribers on YouTube.

Edmond Mondi considers himself an entrepreneur by day and a racecar driver by night. The social media star is known best for his loud antics and even louder supercars.

Edmond recently took a break from his YouTube channel, but has now resumed regular posts that feature some of the hottest rides in the automotive industry.

Amy Shore is a UK-based photographer who mainly captures car- and motorbike-related content. She has worked with some of the biggest names in the automotive industry including Jaguar, Land Rover, and Lexus, among others. Amy is also an ambassador for a number of brands, and became Nikon’s youngest UK ambassador in 2017.

Son Nguyen’s passion is building stock cars and taking them to the next level. He often works as a team with his buddies and is one of the fastest-growing stars on YouTube.

Car influencers are one of the most effective resources available to brands who want to build trust and help educate consumers online. By leveraging the credibility these influencers have with their following, retailers can forge meaningful relationships that will pay dividends when it comes time for members of that creator’s audience to buy a new vehicle.

Recruiting top-performing influencers has never been easier. Use GRIN to find your brand champions.