19 Micro-Influencer Statistics You Must Know In 2018 Because they have a smaller number of followers, they are able to build more personal relationships with them. As a result, their engagement rates are higher, and they’re a cost-effective solution too.

In this article, we will discuss 19 micro-influencer statistics that you need to know. These will certainly help you make an informed decision about your influencer marketing strategy in 2018.

2. The study also shows that 82% of consumers have a higher likelihood of acting upon recommendations from micro-influencers. In comparison, only 73% of consumers are likely to act upon the recommendations shared by an average person. This clearly indicates that these are more influential at governing consumer purchase decisions.

4. In a week, micro-influencers are likely to have purchased-related conversations 22.2X more than an average person. Such conversations involve product recommendations too. Collaborating with them, therefore, helps your business with greater brand awareness and visibility.

5. Another study by Bloglovin’ found that 70% of micro-influencers actually work on lesser than 5 marketing campaigns in a year. This clearly indicates how much of their potential lies untapped. Hence finding and connecting with the right micro-influencers who can help your marketing efforts might be easier than you think.

6. In the same study, 37% of micro-influencers reported fashion to be the most engaged industry on Instagram. This was followed by beauty at 24%. Instagram needs to be an integral part of your influencer marketing strategy if you’re in the fashion or beauty industry.

8. This is one of the most interesting statistics. Instagram seems to be the popular choice for micro-influencers. 59% of them believe it is the most effective at engaging audiences. However, this margin differs greatly across industries so you need to decide your strategy accordingly.

12. A study by HelloSociety found that micro-influencers are able to generate 60% greater engagement than other campaigns. The main reason for this is that these are able to create a stronger bond with their followers. So their recommendations are trusted and valued more.

13. In the same study, it was found that micro-influencer content is 6.7X more efficient at engaging audiences than bigger influencers. So working with them is likely to be more cost-effective too. Working with influencers having massive follower counts isn’t necessarily a better investment of your marketing budget.

17. These campaigns were highly cost-effective too, with micro-influencers generating 10X greater efficiencies than macro-influencers.

18. In terms of engagement, influencers with large follower counts certainly got more likes than micro-influencers. However, when it comes to meaningful comments, sales, traffic, contest entries, they are the clear winners. They are more authentic in their storytelling and content. They are thought leaders in their niches and hence their followers are way more engaged and connected to them.

There are plenty of benefits to working with micro-influencers, but they can be harder to find than more popular social media personalities.

For example, let’s say you wanted to find influencers who:

That would be a difficult search (and tedious) to conduct manually.

But with Grin, conducting a search like that only takes a few seconds, and only provides results with verified email addresses. This allows you to reach out to micro-influencers in mass quantities with email automation.

Want to see how it works? Book a demo today! 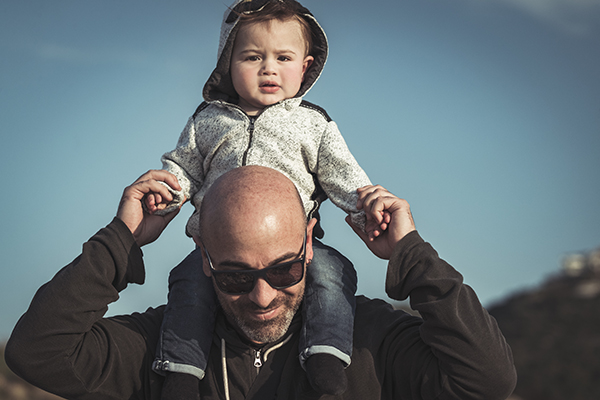 Best Dad Influencers of 2020 to Inspire Your Influencer Campaigns